Full Active Time Events (or FATE from now on) is FFXIV: A Realm Reborn's own take on dynamic content and are an advanced form of the random Imperial soldier attacks that would take place in the original. FATE battles are random scenarios that appear throughout the open world areas. They may involve defeating an invading army, delivering drops to an NPC, defeating an NM or even saving town NPCs from kidnappers where a fail will result in the NPC disappearing until you invade the enemy territory to rescue them. 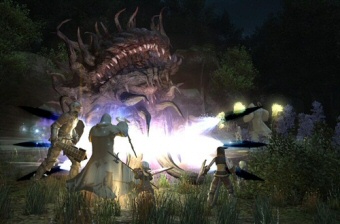 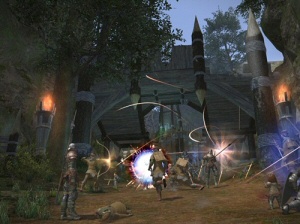 Anyone nearby can join and take part in the event, there is no need to form a party and you will receive a reward based on how much you participated. An example being EXP. FATE has been designed so that you can participate regardless of your level. When you join a FATE the system will ask if you would like to be level synced to the level that the content is designed for (you can set it to auto accept in settings). Your gear will scale down and you will fight as though you were that level. If you do not level sync down then you will not receive a reward if your level is too high. 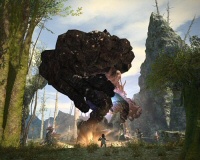 The FATE system has been designed so that if the players fail a FATE it will respawn rather quickly, so that players are able to retry without waiting too long. On the other hand FATEs which are largely ignored will take longer to re-appear. Most likely because the servers don't want to spend too many resources on content that isn't being played much.

One nice feature with FATEs is that there will be some that have continuation, such as you and your comrades go in to take back a fort from invading forces, and after this a continuation FATE will begin where you have to defend it because the invading forces weren't happy that you took control. 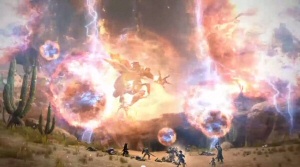 Primals will also make an appearance in FATE at some point after launch, intended to keep the fights relevant throughout the life of FFXIV: A Realm Reborn, even after the main battle field has become obsolete.

Upon defeating a primal in these scenarios you will earn the ability to summon them. However this is planned to be a one-time use, after which you will have to earn the ability again. More on this on our primals page.


It has been stated in an interview that some FATE scenarios may even last for hours. We look forward to more information regarding these bigger ones. The system certainly seems to have a lot of potential.