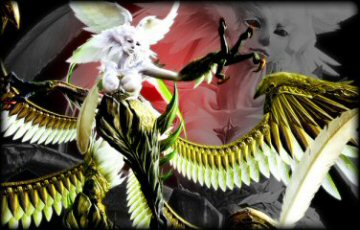 Garuda (Extreme) was added in patch 2.1 of the A Realm Reborn expansion.

Garuda (Extreme) becomes available at level 50 as part of the "Gale-force Warning" quest, which is given by Vorsaile Heuloix - New Gridania (X:9, Y:11).


Garuda Extreme is the first of three primals you will encounter for your quest to gain an ilevel 90 weapon. It will also drop ilevel 90 rings so the fight is highly rewarding. The primal becomes available upon completion of the "Primal Nature" quest, given by Urianger in The Waking Sands (Western Thanalan). The quest for Garuda extreme is called Gale-force Warning and will first send you off to retune with the Aetheryte crystal in Natalan. This unlocks the fight and allows you to form a party to take her on. The fight has a minimum ilevel requirement of 65 but it is recommended to be a bit higher than this to make things smoother.

If you have not done the fight before (hence why you are here) then you may feel intimidated by the groups in Party Finder asking for experience or threatening to kick you if you die, so it is recommended you read this guide and then try a few runs in the Duty Finder. Once you have a basic understanding of how the fight works you should move on to learning parties in the Party Finder until you are confident enough with the whole fight. At that point you can join more experienced groups without worry.


The standard party setup of two tanks, two healers and four damage dealers is the most common way to do this fight. For more advanced players it is possible to do strategies involving five or six damage dealers but this guide will assume you are using a standard setup. This fight is notoriously difficult for melee DPS players due to the AoEs used by Garuda and her clones, as well as moving between tornadoes. If you have a ranged DPS job geared up as well then switching to it for this fight isn't a bad choice, otherwise you need to be very good at dodging the AoEs and moving between the tornadoes.


This fight is more about standing in the right place at the right time rather than constantly dodging attacks as with Ifrit or Titan. However the attacks she uses are still worth listing.

Wicked Wheel: This is a small AoE attack Garuda will use, located on herself.

Downdraft: Similar to Wicked Wheel except this is a conal attack.

Friction: This attack is used on a random party member and cannot be avoided. If you are a caster it will interrupt your spells, so Surecast has some usage in this fight.

Slipstream: This is a conal attack which Garuda and her clones all use. It is important to not be standing in front of them in order to avoid this attack.

Mistral Shriek: This is a high damage attack on anyone within the line of sight of Garuda. This will be used in phase 1 and you must hide behind a rock.

Aerial Blast: This is a high damage attack that will wipe the party if not dealt with correctly.


Phase 1 is considered the period before Garuda uses her first Aerial Blast that takes away the rocks. At the beginning the main tank will take Garuda to the north end of the arena away from the rocks in the centre. The ranged DPS and healers will stand in the centre of the four rocks so that AoE attacks on the party do not hit the rocks.

After about 30 seconds winds will surround the middle part of the arena and Garuda will use an attack called Mistral Shriek. You should position yourself behind a rock in time for this otherwise it will kill you. Then you move back into the middle and find some small plumes have appeared. It is important to kill the Satan Plume first (it spawns south) otherwise it will sleep the party and you will probably wipe. Kill the rest of the plumes quickly and get ready for the first add phase.

Garuda will spawn two clones of herself called Chirada and Suparna. The off-tank will take Suparna to the south of the arena while the main tank will keep hold of Chirada. The DPS in the group will first focus on Suparna before moving on to Chirada. It is important to kill these quickly because they too are capable of using Aerial Blast if kept alive too long. It's a DPS check so keep your damage cooldowns for these add phases. One thing to be aware of with the adds is that the closer they are together the less damage will be done to them.

Shortly after Garuda will use Aerial Blast and if you have enough rocks left you will survive it. Afterwards you must use a different method in following Aerial Blasts to survive. More on that later.


Phase 2 is a quick and easy phase and does not have the adds. It will introduce the mechanics of the Spiny Plume. It will spawn along with Razor Plumes and the idea is that you kill the Razor Plumes but leave Spiny at low health. The off-tank should be the only one touching the Spiny Plume, he or she can handle the small amount of damage needed to bring it to low health.

After a while Garuda will jump to prepare Aerial Blast and it is at this point that you kill the Spiny Plume. The plume leaves behind a safe area to protect you from Aerial Blast. If you accidentally killed the Spiny Plume then the party will wipe unless you have a level 3 limit break that the tank can use. It is unlikely you will at this point but it is a failsafe later in the fight.

One other thing to be aware of with the Spiny Plume is that it will give a stack debuff to the person it is currently targeting. If this reaches 3 then it will use an attack called Super Cyclone. This is very high damage and should be avoided by use of a well timed Provoke.


Phase 3 requires repositioning to the outer sides of the arena. Chirada and Suparna will spawn and like last time the off-tank will take Suparna to the south. Spiny Plume will return and the mechanics are the same as last time. Four huge tornadoes will then spawn in the arena and you must not get caught in them otherwise you will be knocked back. There are safe spots betweem them and the ranged DPS and healers should be in the safe spot towards the south east.

Like last time you should kill Suparna quickly and then focus on Chirada. Melee damage dealers may have a difficult time crossing the tornadoes to get to Chirada but you can use your skills to your advantage here. Dragoon has Jumps and Monk has Shoulder Tackler, make sure you have these available for the transition.

When Garuda jumps for Aerial Blast you must finish off the Spiny Plume and get into the safe spot. After this phase 2 and 3 will repeat themselves until either you defeat Garuda or you hit the rage timer that wipes the party.


Below is a listing of all loot for the trial Garuda (Extreme).